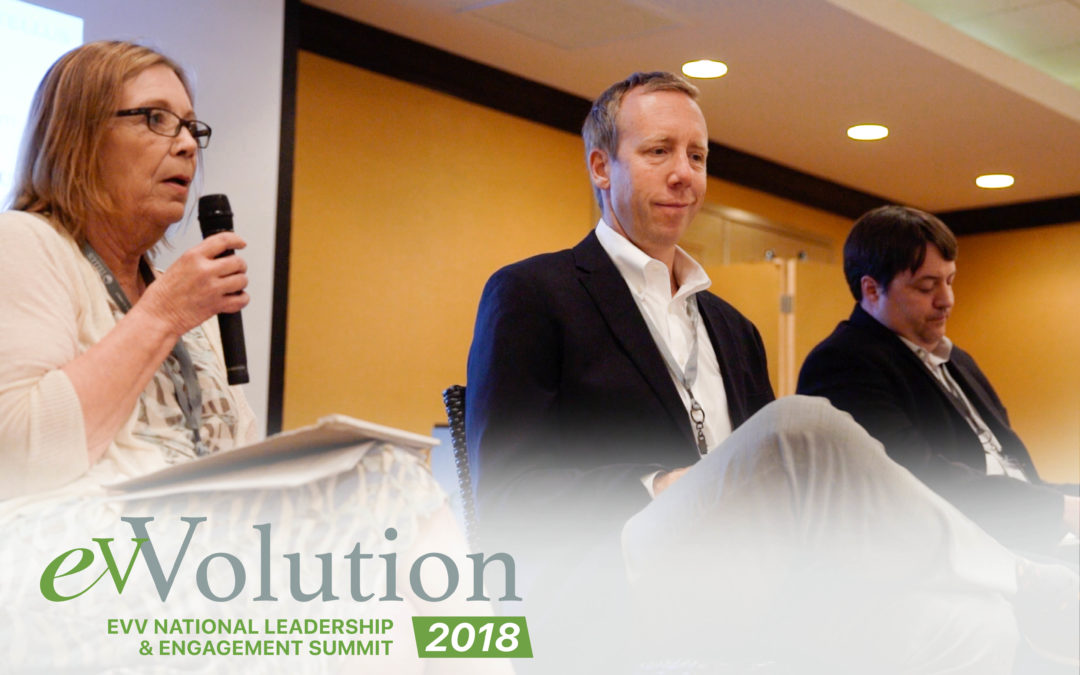 For many patients and their personal caregivers, taking control of how home care is delivered is driving the popularity of the self-directed model, an alternative to traditionally delivered and managed services. But while self-directed services allow individuals and caregivers more choice in how care is provided, they must still ensure services are documented so they can be paid by the Medicaid program, according to the Centers for Medicare & Medicaid Services (CMS).

Electronic Visit Verification (EVV) will be imperative to propel the self-directed model forward and for meeting its special needs, according to three thought leaders on the subject presenting at the 2018 EVV Summit. Harnessing the technology also presents a host of challenges for providers, they say.

“They get to choose a mix of services that really support their goals,” said Sweeney, adding that individuals receiving these services and support know their needs best, and that’s the catalyst behind why these programs were developed, so participants can make those choices for themselves. “Every state has at least one self-directed program and these programs are expected to grow significantly in the coming years.”

Combating the Concerns of Self-Directed Providers

Despite its advantages and popularity on paper, a model of self-determination has significant issues that must be addressed and overcome, according to the panelists.

“As the pluses are obvious, the challenges for us as providers in an unfunded mandate are numerous,” said Ogg, whose firm runs twenty companies across the nation, including Florida, and is a multistate provider.

Ogg said the self-directed market comes down to choice and control over the provider, and while EVV benefits this market with fraud prevention and efficiency improvement mechanisms, offers scheduling precision and requires less validation — all good things — at the same time, the need for real-time monitoring is a challenge for providers, both in terms of providing technology and quality health care delivery. The sea of data collected by EVV needs to be disseminated and could potentially result in bad health outcomes if not managed correctly, he said.

As EVV is rolled out with the different providers, support is needed for in-person user training and user communications. The provider eventually inherits the user support -access, outages, device management, and password administration, Ogg said.

“Before we were a company that collected time, that processed shifts, that supported individuals to run care in their home. Now we’re managing IT solutions in multiple permutations across multiple markets on contracts already signed with given rates. Now we’re being asked to do a number of different things.”

Finally, once EVV is up and running, you have to run it. The more you automate, the more potential for things to go bad, Ogg said.

Navigating the Idea of Self Direction

Participation and consumer direction, also known as self-determination or self-direction is a big paradigm shift, said Davidson. The participant can determine the goods or services rather than the caseworker or agency. In California, for example, an effort is made to explain in “plain language” for participants to help understand the terminology being used in self-direction in a simplified way.

The self-directed model is being considered more seriously in some states than others.

California is doing the “bare minimum” required by the 21st Century Cures Act for EVV implementation, said . They already have an electronic time sheet in place and are reluctant to scrap the program right now.

Vennerstrom, whose firm serves Minnesota, said the state supports the hybrid, or open model, and has engaged stakeholders regarding the self-directed model.

Understanding the Consequences in Order to Conquer Them

Philosophically, self-direction, as it relates to technology, is about access, said Vennerstrom, and it’s about giving anyone who wants to self-direct their service the opportunity. People can have an authorized representative if they aren’t capable of directing their care or don’t want to and can choose someone on their own behalf.

Many people want to choose a family member or a neighbor as a caregiver, someone they know who is coming into their home who knows them personally, their language or special needs. In many cases that’s more desirable than someone who is a stranger, she said.

“Explaining the technology for people is really important,” said Vennerstrom. “There’s the listening part and the leadership part, where we in the provider need to explain and answer what people are going to experience and make it as understandable as possible.”

The panel consensus for best practices for EVV in the self-directed model includes providing adequate face-to-face training, webinars, tutorials, and maintaining open lines of communication.  Getting feedback from the participants rather than mandating a solution, streamlining the time capture process, and pushing the requirements for the Cures Act as the core of EVV solutions were also recommended.