What would replacing ObamaCare with single-payer really mean? 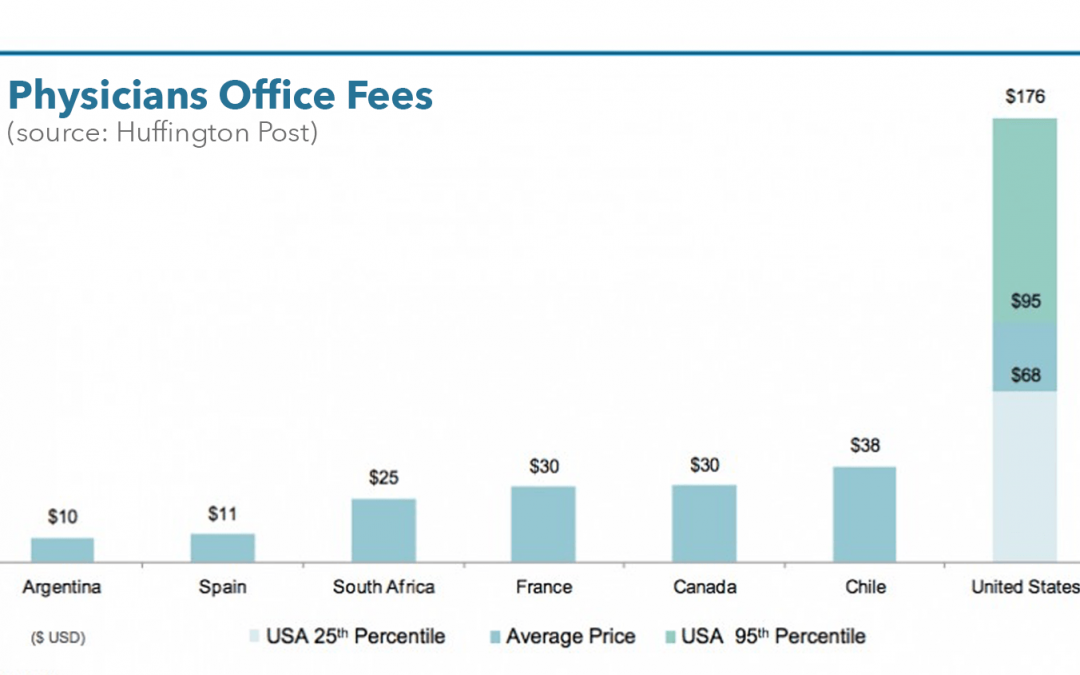 When politicians discuss major government initiatives that drastically alter the way of life for millions of Americans, it’s natural for rhetoric, blame and urgency to be brought to the forefront of the conversation. This is most certainly evident as politicians continue to debate whether to fix, repeal or replace the Affordable Care Act. Current issues with ObamaCare include high deductibles, increased premiums, and unwelcome penalties. Meanwhile, strong campaign promises by President Donald J. Trump and eight years of repeated claims from Republican leaders who vowed to dismantle the ACA has led us to the proposed (and now failed due to lack of House votes) American Health Care Act.

In addition to being labeled a major tax break for the wealthy, the bill poses serious repercussions. Large numbers have been tossed around by the Congressional Budget Office that state “enacting the American Health Care Act would reduce federal deficits by $337 billion over the coming decade and increase the number of people who are uninsured by 24 million in 2026.” Other estimates have come in lower (18 million) and others state “32 million people could lose their health insurance by 2026, and premiums in the individual insurance market could double.” Additionally, benefits would be reduced for those with social needs and more expensive for the elderly.

Clearly, the stakes are high and Americans are left waiting (and debating) about whether the GOP would, should or could come back for round two.

So what are some options moving forward?

Bernie Sanders recently announced he would be introducing a single-player health care plan to Congress, in the hopes of working with Republicans. He claims it will fall in line with Trump’s pursuit of “lowering prescription drug prices” and would essentially act as the “Medicare-for-all program.” He states “Let us do, among other things, a public option. Let us give people in every state in this country a public option from which they can choose. Let’s talk about lowering the age of Medicare eligibility from 65 to 55. Let’s deal with the greed of the pharmaceutical industry,” he said on CNN.

A brief overview. Single-payer health care is a universal health care system where a “single payer” fund, rather than private insurers, pays for health care costs. The single payer fund can have a private health care delivery system, a public delivery system, or a mix of the two. Medicaid, Medicare, federal employee benefits, and state and local government benefits all use single funds, but use private delivery. Moving to single payer could reduce administrative costs, eliminate the need for expensive advertising and improve bargaining power all in an effort to shift focus from profit to care and prevention. In turn, the money saved on premiums goes to higher taxes and, unless you’re wealthy and can afford supplemental private insurance, potentially less choice.

Breaking this proposal down, you need to look at how successful other countries have implemented single payer and whether citizens are happy. Australia has had a Medicare-for-all system since 1984, which is publicly funded, but allows for a private option at an extra cost. Canada’s single-payer system was set forth by the provisions of the Canada Health Act of 1984 and works on a sliding scale, based on income. Most people in a region have the same plan, with the same benefits. But since doctor payouts aren’t as high, it has led some doctors to seek employment in the US. In the UK, different countries have different systems with different mechanics. However, each system is paid for in a single-payer fashion via taxation and is free at the point-of-need for the public. There are also private and employer-based options in the UK, although they account for a relatively small part of their health care system.

There are few true single-payer systems in the developed world like the ones discussed above. Most countries, like the US does now, rely on a large number of insurers. Germany, for instance, has more than 150 “sickness funds.” The Swiss and Dutch health systems look a lot like ObamaCare’s health-insurance marketplaces. In France, about 90 percent of citizens have supplementary health insurance. Sweden has moved from a single-payer system to one with private insurers.

Past Forbes reporting shows that pharma and medical equipment industries are raking in profits. But aren’t the insurance companies the ones with all the power? Not according to this article, which claims the insurance companies are in a position of weak negotiation. Countries like Switzerland don’t even negotiate drug prices with manufacturers. The Swiss government simply sets the drug prices and lets the manufacturer decide whether to sell in Switzerland — or not. “In the United States, insurers negotiate with hospitals and drug companies on their own — and they pay more as a result. In fact, because of their weak negotiating position, they frequently use whatever price Medicare is paying as a baseline and then, because they lack the power to strike a similar deal, add a percentage on top. That leaves the United States with the worst of both approaches: Prices aren’t set by the market, but they also aren’t set by the government. Consequently, Medicare’s negotiating power is weakened by the threat that drug companies or hospitals will opt to do business only with higher-paying private insurers.”

Supporters of the single-payer system say, “The bottom line difference is that with single-payer the buyer has more power than the seller(s). That benefits the consumer/taxpayer in keeping costs low, as seen in every one of our G20 trading partners that has single-payer universal-care coverage.”

One commenter on CNN mentioned, “Some use a nationwide exchange of competing insurance providers, all reimbursed by the government based on the number of subscribers and age/occupation of the subscribers. This is my favorite because it forces the insurers to compete on services provided to the consumers and on their own ability to create efficiencies. Other systems include a base Medicare for all, supplemented by private insurance for those who can afford it. In another system, the government works with several pre-determined private insurance companies who insure set geographies or set industries. Based on the risks and costs in that geography or industry, the government and that insurance company negotiate rates at regular intervals (i.e. every five years they renegotiate). If you understand our military’s TriCare system, you have an understanding of how this might work.”

It begins to feel as though there is no perfect system and although there are several variations on single-payer, universal-care, the one constant is that they are much better at keeping costs down than the current American system.

It remains to be seen what happens next, but we’ll definitely be tracking this debate, and our own insurance premiums 😉