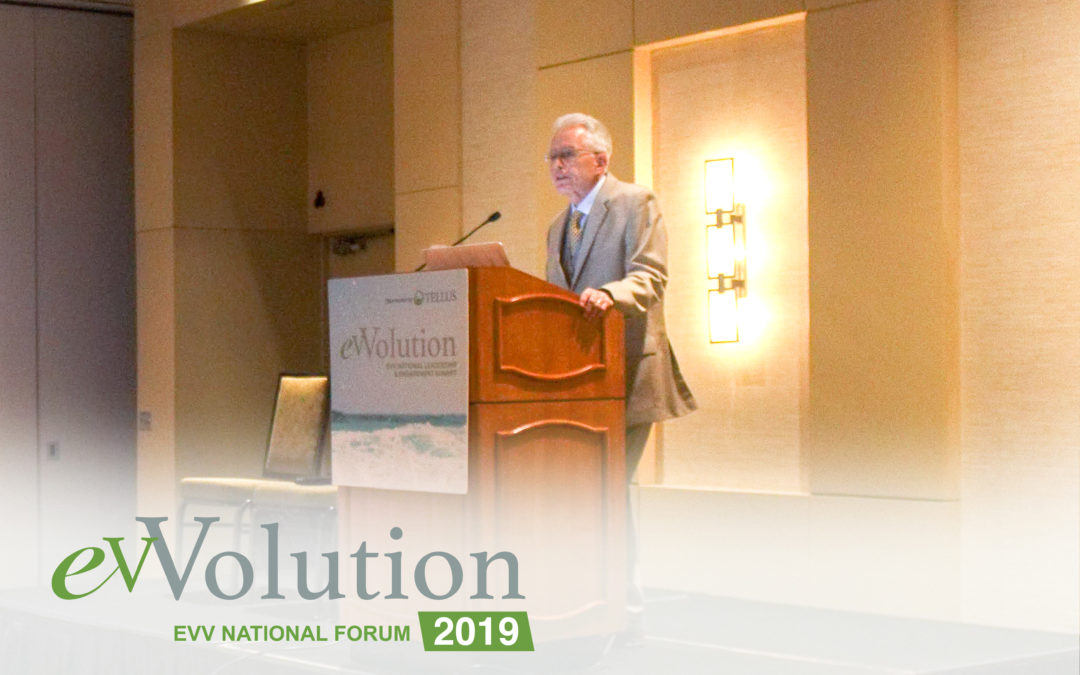 Mahon, President, Mahon Consulting Group, is a widely-recognized expert on U.S. health care fraud detection, management and prevention strategies and services for domestic and international health insurance payers, law enforcement agencies and industry organizations. Mahon reinforced the widely held opinion that EVV — a mobile system that electronically
verifies a caregiver is physically at a patient’s home or location — is an effective weapon in the government’s arsenal fighting FWA in the Medicaid arena.

FWA was included in the 21st Century Cures Act, passed by Congress in 2016 to combat Medicaid billing fraud and other organized schemes that disadvantage both patients and the health care system at large.

Fueling the regulatory fire was a GAO report that revealed 3 to 10 percent of taxpayer dollars is lost in the health care system nationally each year as a result of fraud — a number that is even higher in South Florida and California, Mahon said.

The government’s idea was to use money saved from the use of EVV technology as a result of reductions in fraud, waste and abuse to help fund innovations for a number of popular health care initiatives. Personal care services are particularly worrisome for the Centers for Medicare & Medicaid Services (CMS), because care-giving services are often delivered by family members or those closest to the patient without proper oversight.

Federally mandated deadlines to implement EVV are set for January 2020 for personal care services and January 2023 for home health services.

A panel presentation at Tellus’ inaugural EVV national summit last year highlighted the scope of the problem, noting that federal data showed $29.1 billion in improper Medicaid payments for personal care services in 2015. That number was up by a wide margin from $14.4 billion in 2013, resulting in more than 200 investigations of billing fraud, organized schemes, deaths and hospitalizations.

While [fraud] is an exception, “it’s an unfortunate reality” and a financial drain on the system, Mahon said, adding that it’s important to draw the distinction between fraud, waste and abuse in the context of criminal liability. Only fraud can be prosecuted criminally. Abuse must be intentional, and often “goes up to the line but doesn’t cross it.”

FWA is so out of control that the acronym has become part of the vernacular for the federal Centers for Medicare and Medicaid services. The agency even uses it in its training manuals for employees, according to an April 2019 article on Politifact.com.

Fraud prosecutions are ramping up. With the Department of Justice (DOJ) taking the lead on general health care fraud and the Department of Health and Human Service (HHS) and Office of Inspector General (OIG) spearheading personal and home health care fraud and abuse prosecutions. Fraudsters can be sentenced from 20 years to life, in some cases, depending on whether a death was involved.

The number of recent criminal cases brought by the DOJ, HHS and OIG underscores the aggressive stand the Feds are taking with the issue. Law.com reported June 20, 2019, 35 criminal and civil fraud settlements with Medicare and Medicaid providers in the first 24 days of May alone.

Billing fraud, including services never delivered, unnecessary services or overuse of services, and upcoding of services is the most common cause of enforcement actions.

“What we’ve seen in recent years is organized criminal activity in the field,” said Mahon, adding that investigators are always “two steps behind” fraud purveyors in the system. “They know exactly what they are doing and how to do it.”

Emerging technology like EVV is helping address and mitigate that, he said.

“EVV is certainly a valid and very substantial contribution to the integrity and the efficiency of the system.”

Like their investigative counterparts, regulatory agencies continue to combat Medicaid FWA across the nation.

CMS recently doubled down on its efforts to ensure Medicaid program integrity. On June 19, 2019, CMS issued a news release with renewed guidance, following up on its June 2018 initiative to improve transparency and accountability, strengthen data and utilize innovative and robust analytic tools.

CMS also said it aims to reduce Medicaid improper payments across states to protect taxpayer dollars while enhancing the financial and programmatic integrity of the Medicaid program.

So what’s next on the fraud-fighting horizon?

One viable solution is the detection of suspected fraud before any payment is made, rather than the “pay and chase” model historically used, Mahon said.

“EVV is clearly a very practical and effective solution to dealing with certain types of claims that have been problematic in the past,” he said.