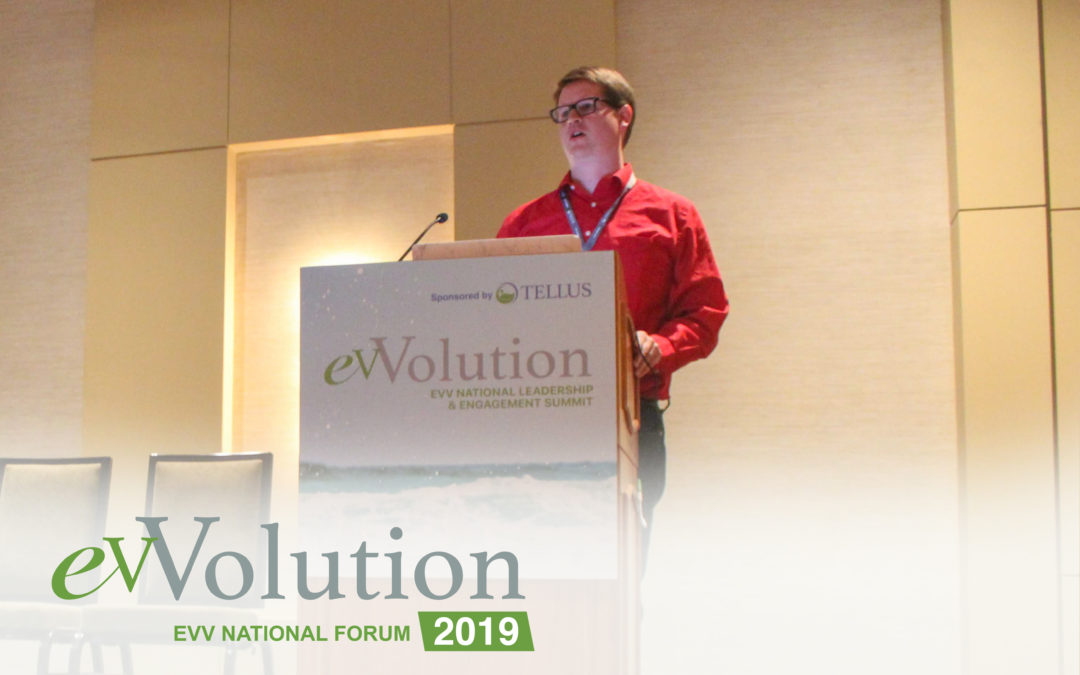 With the federal deadline for states to implement EVV for Medicaid-reimbursed personal care services (PCS) just six months away, the overflow crowd at the Hilton Fort Lauderdale Marina was eager to take in the latest news, updates and policy changes required by the 21st Century Cures Act mandated by Congress in 2016.

Terzaghi reminded the audience that PCS must use EVV by January 1, 2020, but noted a lesser known requirement under the Cures Act statute: it’s not just for hands-on, in-home services, but for medical equipment that requires an in-home visit too.

Additionally, Terzaghi said the six data elements that are required under the mandate are ”not quite so straightforward,” and offered a clarification.

Why are states doing this? Terzhagi asked.

“At the end of the day it all comes down to money,” he said. “If a state does not have an [EVV] system in place they receive a decrease for the federal share of a Medicaid program that the federal government takes.”

While a one percent reduction over time may look small and only applies to non-compliant services, PCS makes up a “whole heck of a lot of Medicaid spending,” he said.

In 34 states, PCS spending alone was $14 billion in one year, according to CMS data, which excluded California, Terzaghi said.

Add in the one percent penalty and, “in larger states, you’re talking about tens of millions of dollars lost in federal revenue to your Medicaid program,” he said.

A report by HHS’s Office of Inspector General in 2017 — the most recent year when data was available — showed federal and state Medicaid spending on PCS was $13.3 billion in 2015, a 21 percent increase over 2012.

At one point, Terzaghi posed a question for the audience that addressed a question many were already pondering: “What do we need to do to get the system in place and avoid the penalty? How do we get those six data elements and how do we get them now?”

Incorporating the six data elements required by CMS as a result of the Cures Act in six months will be a challenge, Terzaghi noted.

Milestones that need to be reached to get IT systems in place (development and installation), and the need to demonstrate outcomes is a long process, he added.

While some states already have EVV in place, that challenging timeline was behind the impetus for NASUAD and other advocacy groups to advocate to push back the deadline for PCS from January 2019 to January 2020, Terzaghi said.

“We did successfully get the delay, but it didn’t necessarily get us exactly where we needed to be because we still do have challenging timelines — procurement, development and installation takes a long, long time at the state level.”

The way Terzaghi sees it, there are two different compliance outcomes in terms of IT implementation. First, what do states need to have in place to avoid the penalty, and secondly, what are the requirements to meet the certification process.

On that second point, “the Cures Act is very, very vague,” Terzaghi said.

Adhering to the functionality of the system is one thing. There may be other populations, and parts of the Medicaid system, sitting outside of the broader framework and state-level infrastructure with needs that must be addressed.

Privacy concerns over GPS tracking in PCS and other issues also stand in the way of full acceptance of EVV.

“Implementation [of EVV] across the country as we stand right now varies greatly,” Terzaghi said.