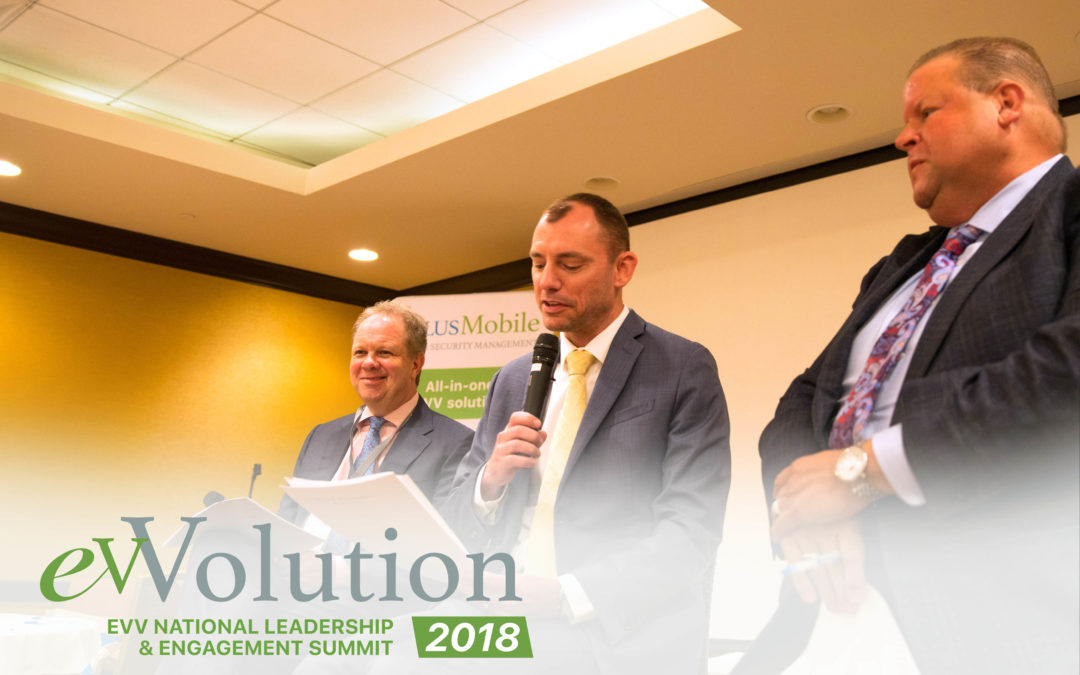 Lost in the haze of criminal enterprises are those more under the investigative radar like Medicaid billing fraud and other organized schemes that disadvantage both patients and the health care system at large.

A Problem that Can’t be Ignored

That’s all changing following the 2016 implementation of the 21st Century Cures Act, enacted largely to combat fraud, waste and abuse, said Joe Moser, Principal of Health Management Associates. According to Moser, current federal data shows $29.1 billion in improper Medicaid payments for personal care services (PCS) in 2015, up significantly from $14.4 billion in 2013. That resulted in more than 200 investigations of billing fraud, organized schemes, deaths and hospitalizations — most launched even before the Cures Act was enacted.

The session, moderated by Moser, raised many eyebrows at how widespread the fraud and abuse problem is across many states, and that EVV is being considered as an important tool in the government’s crime-fighting arsenal.

“The [Congressional Budget Office] estimates that the EVV mandate will save the federal government $290 million over ten years,” Moser said, adding that in 2016 the HHS/OIG issued an investigative advisory critical of CMS’ efforts to combat fraud and patient harm caused by negligence in the personal care service arena.

The advisory mentioned 200 criminal investigations by the OIG in the previous four years involving fraud, harm and neglect in the personal care services program nationally and a variety of billing fraud scenarios, some limited to PCS workers while others indicated organized schemes involving dozens of suspects, Moser said. It also showed abuse and neglect by PCS attendants have resulted in “deaths, hospitalizations and less degrees of patient harm.” The report concluded that the “strongest controls are needed to screen and monitor PCS attendants in the program.”

EVV was implemented in Texas prior to the 2016 Cures Act mandate, said Jesse, a former state Medicaid director of Texas.

“Texas is a big state, with hundreds of thousands of patients getting PCS services,” said Jesse, whose state was experiencing a budget shortfall and was looking at cost containment measures. “What we focused on was the fact that services were being delivered by family members because of the challenges associated with attracting and retaining a workforce. Sometime those time sheets indicated that someone showed up for work — including some workers paid in our own state building — that were actually somewhere else.”

Beyond the financial ramifications, what makes the situation horrible is the human suffering involved, Jesse said.

“The attendant can start their day and end their day,” Jesse said. “We approached it that we confirm every hour that was authorized was delivered. Our message was it wasn’t a witch hunt. It was about insuring people get the services they deserve.”

“Fraud is easy to determine,” said Church, implying that someone saying they “didn’t know” was laughable. “Civil monetary fines have increased dramatically, and that’s a huge concern.”

Church, a financial forensics and health care fraud expert noted that The False Claims Act has some issues in it that people don’t realize. While the MCOs and providers know it quite well, home health, hospice and personal care services, maybe not so much.

Hospice is at the top of the investigative target list by the attorney general, Church said.

“The IRS is involved in the investigations; they will spend the time to dig it out. If you expect between three and 20 percent of claims are bad, that means $100 million of fraud is to be expected. Those numbers are just staggering. It’s one of the reasons we stay busy.”

While the scope of PCS fraud is hard to get their arms around, the problem needs to be harnessed before it gets worse, and that is best done with the help of EVV technology, the panelists agreed.

Church said there are kickbacks going to doctors, and that oftentimes there is no plan of care, and they are paying doctors to certify, re-certify and utilize these services.

“What it is you are seeing is a complete disregard for the rules by these entities. EVV tracks this, that’s one thing EVV does, solves problems in the documentation arena.”

Will we see more electronic reporting for the Feds? The panel agreed that federal agencies are not very good at tapping into technology, although the IRS is more up to speed. The FBI is less excited about it because they like more detailed analysis; much of it that still comes in on paper. The panel consensus is that EVV helps push these cases forward and there is more focus now by the U.S. attorneys general on criminal prosecutions.