Experts: EVV ‘2.0’ Positioned to Improve Care Across the Ecosystem 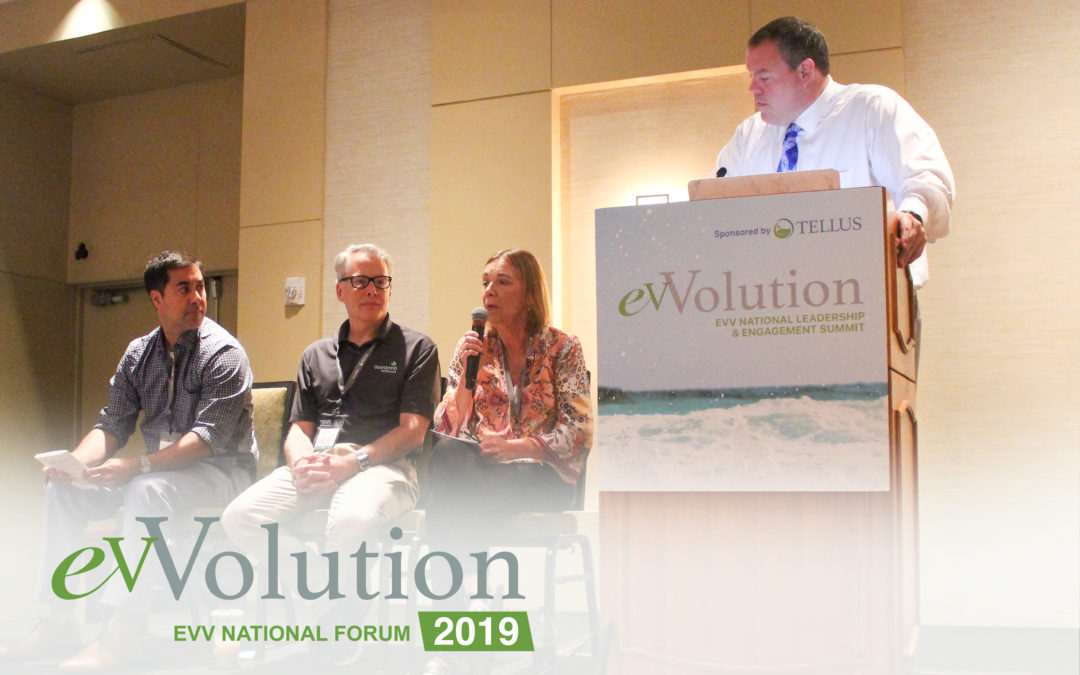 Electronic Visit Verification can have a big impact on the delivery of care, beyond helping to regulate systemic fraud, waste and abuse (FWA) in the home health and personal care services (PCS) space, according to the experts representing providers, MCOs and self-directed care.

The panel offered their own takes on EVV and its evolution in the marketplace.

“From our perspective, what this really has done is push mobile technology that we didn’t have for our unskilled business,” said Elkington, who was already using tablets for skilled services. “The unskilled portion of our business is bigger in some states than others, but we didn’t have a mobile technology for the unskilled portion of our workforce. It’s bringing us into the 21st Century. That’s going to be a huge benefit for our company from an efficiency perspective.”

Vennerstrom agreed, adding that accountability, billing and payroll processing, which is done manually at her company, will benefit from EVV mobile apps, although one challenge is that many of her caregivers live in rural areas and not all have Internet access.

“What do we do about those folks, and how do they clock in and clock out?”

EVV as a tool to fight FWA “cannot be understated,” from a regulatory perspective said Shekhdar, who participated in another panel June 13 on Medicaid Managed Care trends, including FWA.

Beyond visibility and efficiency from EVV helping providers and agencies, the positive effects resulting from EVV evolving into EVV “2.0” are considerable, according to the panelists.

For Elkington, the building of administrative relationships in every state and maintaining them “is a real paradigm shift in how we operate,” he said.

EVV can have a broader reach, based on performances of past pilot programs, Shekhdar added, extolling its “lasso effect” in harnessing services. With billing executed faster and more efficiently, cleaner claims will become the norm across the ecosystem, Vennerstrom and Marte agreed.

The panel consensus is that EVV is a positive force, creating efficiencies for workers, providers and states. People know they will get paid as a result of clean claims. “Bad actors” in FWA are being monitored, and EVV is the start of trying to stabilize the home care and Medicaid fee-for-service marketplace.

Shekhdar also predicted that EVV will strengthen the market by consolidating the number of providers that can’t show value.

“EVV is going to help to start to add some sort of rationality to the number of providers that operate in the space. It’s going to shake out.”

In self direction, teaching and training caretakers, many of whom are family members is critical to efficient caregiving, said Vennerstrom, adding her firm serves as an intermediary.

“In terms of silver linings, EVV will have a great impact on fraud, waste and abuse,” she said.

One “speedbump,” according to Shekhdar is establishing performance metrics for family member caregivers. At its best, technology acts as a bridge to standardization in PCS, he said.

Regarding outcomes, including in self-direction, very little data exists in the home care and PCS arena, Marte said.

“Where we are at now, with EVV and partnering, that’s where that [paradigm] shift comes…we’ll have real-time data to really compare.”

From Elkington’s perspective, mobility in health care is an exciting development and has forced his business to look at other aspects of its operations, such as improving recruitment and staffing shortages.

“We needed a mobile app. It made us think outside the box,” he said.

States are now looking seriously at social determinants in home care, and they need an assessment mechanism to gauge services, Shekhdar noted.

“Technology helps with your bridge to getting critical revenue,” he said.

The federal government is compelling putting patients back in homes, Shekhdar noted, referring to an incentivized transition of services underway from institutions to the home preferred by patients that also reduces health system costs.

A recent demonstration project done by the Centers for Medicare & Medicaid Services showed that support in the home from a private duty standpoint could help lower the frequency of hospital visits, said Elkington. “That’s really important. That’s going to change the landscape of what we do.”

The way Elkington sees it, technology presents a real opportunity to expand his reach. It makes the services offered more mainstream to plans and an alternative to hospital services for terminal patients.

“The sky’s the limit now that CMS has embraced the efficacy of what we do,” he said.